Of all the weird and wonderful things the web provides the thing I am, and always have been, most interested in is this. Being able to publish my own words to the world (well to the dozen or so of you that read this blog!). This piece by Justin Jackson still chimes with me each and every time I read it http://justinjackson.ca/words.html and so much has happened recently that has been related to this idea of personal web publishing that it feels like a bit of a renaissance and worthy of acknowledging.

So I wanted to run a conference. A big, shiny one at a nice venue in Bristol (in fact I had the Lantern at the Colston Hall in mind) where the focus wouldn’t be on design, development or even ‘content strategy’ but about the words. 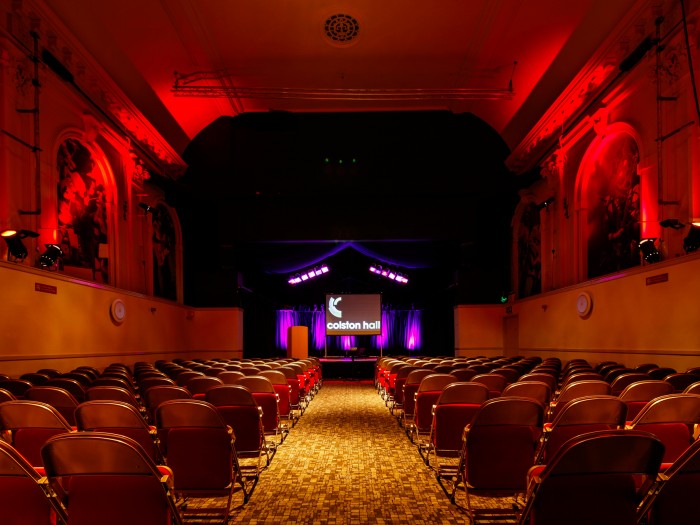 I even came up with my ‘dream’ lineup;

Cory Doctorow as the opening keynote. I enjoy the stuff Cory writes, we share (I like to think) a similar set of beliefs when it comes to the web and despite his success as an author I still primarily think of him as a blogger.

John O’Nolan or Hannah Wolfe who are the project leads for Ghost, the blogging platform that was such a huge Kickstarter hit and tapped in to a clear desire for people to find new ways to publish online.

Abi Wilkinson. I don’t really know Abi apart from on Twitter but she has written a couple of my favourite pieces on UsVsTh3m and for my sins I love that site and think there is something interesting about the post-Buzzfeed format and the humour. I also seem to remember her mentioning on Twitter she went to Uni in Bristol.

Russell Davies. Russell is Creative Director at GDS (as if I ever write a post these days without mentioning them!) but is also a long time blogger, conference organiser and speaker. I always enjoyed his Wired column but it his work on the GDS Principles that has had the most effect on me.

Mel Kirk. Mel is a local gal done good when it comes to the blogging world. She has gone from running a fun video blog and working on events for the old Carsonified team to running her own company managing blogger engagement for brands.

Stef Lewandowski. Stef is the founder of Makeshift, a startup that makes stuff for startups. The thing that makes him interesting in regard to this though is how, despite his own website & blog, he embraced Medium as his platform of choice for his writing and by doing so started to change his own attitude to his writing.

Jack Monroe. I came across the ‘A Girl Called Jack’ blog after her response in the Guardian to some criticism she received from some right-wing press. I really enjoyed her open and honest writing and have checked in on her blog regularly since then despite it being outside my usual realm of interests.

Mun-Keat Looi. Keat works at the Wellcome Trust and was previously the quite brilliant voice of their Twitter account. He is now the Commissioning Editor for their new publishing experiment Mosaic. The entire model of Mosaic is incredibly interesting and something I’m keen to learn more about.

Danny O’Brien. Or maybe if he was visiting the UK Dan Hon. I think the second coming of the email newsletter is really interesting. They have been springing up constantly for about a year I guess and Danny O’Brien was at least partly responsible for the daddy of them all in the UK – NTK and Dan Hon currently produces my current favourite.

Brooke Magnanti. The whole Belle du Jour story including her subsequent outing is pretty well known and her career as a research scientist and how that was effected gives Magnanti a pretty unique outlook on topics like anonymous blogging and privacy.

Oh and in a perfect world I’d invite Justin for inspiring the whole thing (but he lives a looooonnnnggg way away!)

I have no idea whether these people would have agreed to speak. I know a couple of them and am only one person removed from a couple of the others but like I said it was a bit of a ‘dream’ line up. Certainly it is one I’d pay to go and see 😉

I never really know the score with getting sponsors and that sort of thing but I reckon this might attract some support from PR agencies etc if not from people like Medium or Mailchimp. Who knows.

Anyway if any web, PR or event agency wants to try and make this happen then you have my blessing. I even own the domain webofwords.org.