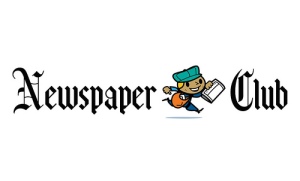 I recently made a pitch to run another Govcamp style event and got the offer of some funding from the UKGovCamp grant programme and have been looking into running that later this year, especially as I’ll be organising my ‘brown bag’ talks at work as well, but while I was doing the research for it this alternative idea popped in to my head and I thought I would see if anyone would be interested.

So what I thought was creating a UKGovcamp un-paper. It would go something like this:

– use a tool like Ideascale to get people to pitch ‘sessions’ (which could be articles, pictures, infographics, crosswords…whatever).
– ask the #ukgovcamp community to vote on which ‘sessions’ they want to read/see more of.
– the top however many are selected to fill the available column inches (i.e. the grid!)
– the successful pitchers provide their content to the editor (whether that is me or someone more qualified)
– some designers I know have their arms twisted and they produce a beautiful 12 page PDF
– I send that to Newspaper Club and get 500 tabloid newspapers
– I then get split those 500 up into packs and (somehow) send them to the various other Govcamp style events as a giveaway.

Now clearly it wouldn’t be that straightforward and plenty could go wrong (especially with the shipping) but even after writing it all down I think it is an OK idea – what do other folk think? Have I lost the plot or is there a glimmer of sanity in the idea?