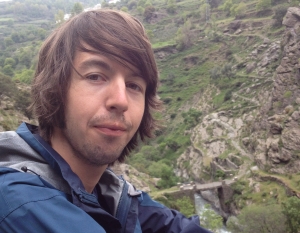 I’ve been following Frankie on Twitter since what seems like the dawn of time (well at least the dawn of Twitter!) and over the years we have bumped in to each other at various barcamps and other geeky events. For his sins he used to work with Mike at the Science Museum but he has since recovered from that trauma to carve out a career doing genuinely interesting projects at places like Rattle and Folksy before striking out on his own. He is also the creator of numerous side projects that capture the imagination (I particularly enjoy the thinking behind his recent ‘slow stories‘ experiment with the BERG Little Printer.)

Frankie is very much the kind of person the Mozilla folk refer to as a ‘maker’ – he has the imagination to come up with the ideas plus the skills to actually build them. A dangerous combination 🙂

The fact that he is additionally a thoughtful blogger and runs a fun newsletter as well does rather beg the question where does he find the time and energy!

I’m now in London – although I’ve previously lived in Manchester and Sheffield. London is where I grew up though, so I feel most at home here – and there’s so much going on.

I’m a freelance creative technologist. Which means that I understand technology, but also have creative ideas. More practically speaking, I usually sit between visual designers and computer scientists, doing wireframing, coding and keeping an eye on the overall user experience.

I’ve got an iPhone 4S, which I bought outright at the start of last year. I’m in no rush to upgrade it to a new one – it does everything I need it to do and more.

I’m still using a 2010-era Macbook Air, which is both a work and personal laptop. I don’t have a desktop computer at all. The convenience of being able to carry everything with you and work where you like is something which just feels normal now.

One word that describes how you work?

What is your favourite thing about your job?

I still think it’s magical that you can build something on your own, or in a small team, that thousands of people will use. It’s easy to forget, when your audience is effectively invisible, but when you stop and think about it, it’s a big responsibility.

What is the biggest challenge that you face in your role?

Communication is always the most difficult aspect of technology. It’s much easier to make something work than it is to explain it. Getting that right requires constant testing and iteration.

I’m usually working with technology start-ups or agencies, who have fast and unfiltered internet. I literally couldn’t do my job without it. When I worked at the Science Museum five years ago, the content filtering was so frustrating that the New Media team installed an outside line.

If you could change one thing about your job what would it be?

I would love to work with a client on a physical experience. With smartphones and tablets now so ubiquitous, there’s no longer an online/offline distinction, and I’d like to explore how technology can create experiences that don’t rely on screens.

Besides your phone and your computer, what gadget can’t you live without?

I think I could live without my phone and computer, to be honest. I went travelling for three months around Europe this year, and whilst I took both my phone and laptop with me, I rarely used the laptop, and mostly just used the phone for taking photos. I don’t believe that it’s the gadgets themselves that have become essential to our lives – the network is the important thing, and it’s becoming ever more accessible.

What are you currently reading?

At the moment I’m working my way through my friend Adrian Hon’s book, A History of the Future in 100 Objects, inspired by the BBC and British Museum collaboration of a similar name. It was funded by a Kickstarter campaign which I backed and is a thoughtful look at possible technologies and cultural changes of the future.

What do you listen to while you work?

When I’m working from home, I listen to BBC 6Music. I’m a passionate fan of the station – I attended a rally to help save it when it was under threat – and they repeat tracks during the daytime far less than other stations. When I’m at clients I listen to whatever they’ve got on, which can be interesting too.

Lots of people have given me good practical advice about freelancing (“don‘t wait until year-end to do your accounts”), but the most inspiring bit of advice I’ve had is to not sacrifice the present for the future – start doing what you want to be doing now.

One thought on “Digital by default discussions: Frankie Roberto”