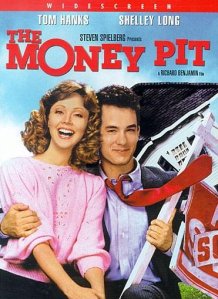 I have been following with interest the story of the Birmingham City Council website that is coming in at a bargain £2.8 million and a mere three and a half years late!  I haven’t read anything that really justifies a disaster of this magnitude and the story of a CMS that ‘officials discovered the software did not recognise pound or euro signs, apostrophes and quotation marks’ is insane.  Now I have worked on CMS implementations that crept over budget and delivered a little late and have made my share of mistakes (and as I am about to lead another CMS project I’m sure I’ll make more) but this isn’t new stuff anymore; expertise is available, people are out there with experience, lessons have been learned and best practice is available.  You have to either pretty blinkered or arrogant not to seek out this sort of help.

I’m not going to join the clamor for open source solutions on this occasion (although that is my personal preference) as I doubt the cost of the CMS alone is the main cause of the huge budget here but feature creep on a massive scale and a level of red tape that allowed the consultants fees to run out of control and that can happen as easily with Drupal or Joomla as it can with Documentum or MS Content Management Server.  Somewhere there is a Project Director who is having sleepless nights.

Funnily enough this comes pretty hot on the heels of the details of the short-lived DIUS website came to light.  In that case the best part of a million quid was spent on a site that was live for less than 6 months due to the demise of DIUS (it was actually a nice bit of work from the guys at Eduserv but it would be hard to justify the price!)

All-in-all this just makes me more determined to ensure I keep a close eye on things going forward and ensure that I have no regrets at the end of the project and don’t myself the subject of other peoples scathing blogposts!

2 thoughts on “The Web Moneypit”