[UPDATE: Maisie, Pete’s daughter, has set up a site in his memory http://peteferne.org/ ] 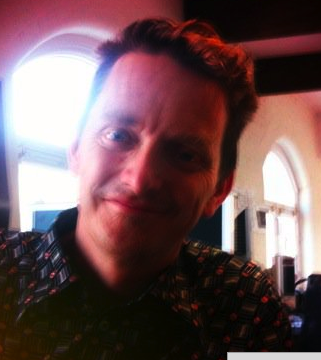 Pete Ferne (@petef) passed away today. He was diagnosed with a brain tumor in the summer after some initial symptoms that he seemed to recover from and his condition quickly deteriorated once it was identified.

I worked with Pete at Jiva Technology for a year between 2008 and 2009 and we remained friends since. He was a big part of why I took the job after meeting him, Kevin and Jon in the 7 Stars after they had read a blogpost I had written about the startup they were working on. I had heard of Pete before, he had a great reputation amongst geeky types and he lived up to it on that evening (including the geometric hair design!). As we drank Doom Bar and they ate picked eggs (urgh!) it occurred to me that Pete was on another level as far as understanding the web and I was likely to learn a great deal from him. This proved to be true in spades! The next day, while still hungover, I accepted a job at Jiva.

Pete was one of those rare people who combined genuine talent with almost no ego whatsoever. In many ways he seemed to come from an earlier version of the web community – driven by exploring interesting technology rather than just making a quid (though he wasn’t averse to that!). He believed passionately in the ‘open web’ and had alot to do with firing my interests in this area and my subsequent volunteering with Mozilla.

He had spoken at big international conferences like ETech, was Chair of Bristol Wireless (which he was very proud of), is the only person I’ve known to have actually attended FOOCamp, founded the Bristol Hackspace and played a mean game of table-football!

We shared a love of Warren Ellis comics as well as a common viewpoint on the web and his presentation on chaos-maths at a Jiva bonding session remains one of the most fascinating things I have have witnessed.

He passed away the day after the start-up he has poured his heart into for the last two years finally went into open beta – I hope he was together enough to realise this had happened.

My thoughts go out to his wife and family and my thanks go to Pete for all he taught me and the support he gave me even after I left Jiva.