I’ve posted a little about the conferences I attended in DC this last week but I thought I would write a quick (photo illustrated) travel post as well. Anyone who saw my tweets will realise I had a great time and am a big fan of DC. I really would love to spend a year there on secondment or something as I think there is alot of great work going on in areas I really care about plus its a city I’d love to really explore beyond the obvious. Not sure that is ever going to happen though.

The flight to DC was pretty painless despite all my pre-takeoff panic. Once in DC though things did start to go pear-shaped pretty immediately! NatWest felt the act of someone spending money at a major airport and then several hours later in a foreign country looked suspicious and thus decided to block my cards! It took a while for me to realise what had happened by which time there had been some colourful language and some kicks to inanimate objects. After quite a bit of hassle trying to get through to the correct team I did eventually get my cards reinstated. It was all pretty stressful as I only had $20 in cash!

So my hotel was all I thought it would be. It is clear that the place trades on location, location, location and hasn’t had a lick of paint or refresh of….well anything since probably the late ’70s! My room looked like it was out of the Rockford Files or something and the faint buzzing whenever more than one electronic appliance was on was a little disturbing! That said it was very clean, the bed was pretty comfortable, it was quite (apart from the aforementioned buzzing and occasionally grumbling from the plumbing), it had decent free wifi and HBO so I was pretty happy. The staff were 99% great as well (just one rude woman on my last day soured it a bit). 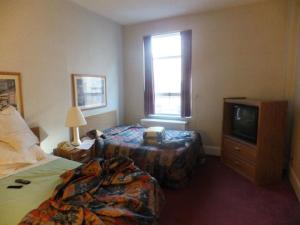 Next door to the hotel was a *very* traditional DC style diner that seemed popular with locals and tourists – http://www.olliestrolleydc.com/ – I went here to try their ‘award winning’ burger for my first stop in DC. It was pretty good but I’d had better. The price was great though and the fries were amazing. 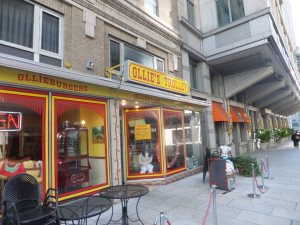 I then retired to Harrys Bar (which weirdly I also visited on my last visit in 2007 but only remembered when I was sat in there) which became my base for the week. It was a slightly odd mix of local dive bar and tourist spot but they had an ok selection of beers, a decent-ish menu and great staff. It was a friendly place and given I could basically fall into the lift to my room from the bar convenience was a factor! 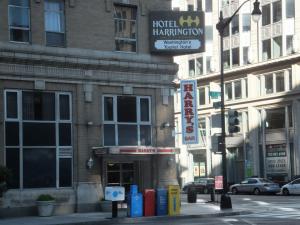 Tuesday was a long work day. I met the guys from Mura before the event. ‘Networked’ over lunch and then sat in on a couple of hours of pretty passionate dev talk after. It was fun in a geeky way but pretty draining.

Wednesday morning was a busy one. I ended up on a early morning telecon, attended the 1st few sessions of the main conference, had a meeting with the core Mura developers about some functions they are working on for us and then spent some time responded to a paper I was sent. This was also the day the sun finally came out as promised and I found myself with a window to do some serious touristing before more work and ended up hitting the National Mall hard. Starting at the Capitol Building I looped my way around to the Lincoln Memorial and the Vietnam memorial before wandering up to the Whitehouse. Even foregoing the Smithsonian museums this is a pretty amazing walk – it is a beautifully designed area and with the sun shining it made for an exceptionally nice way to kill two hours. 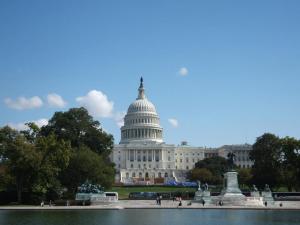 The conference I attended on the Thursday was great but again it was an early start and required focus. I also got to meet a couple of US folk doing very similar work to me and seemingly facing the same or similar challenges.

Thursday night was my first experience of live NBA basketball – albeit a pre-season game. Given the pre-season aspect and the fact there was a huge baseball game that evening for the Washington Nationals I wasn’t expecting much but this was my immediate reaction on Facebook;

“So the Basketball was very odd – place was half empty and the game stopped constantly for various weird crowd participation things on the court! Left after the third quarter as it had already taken more than 2 hours..” 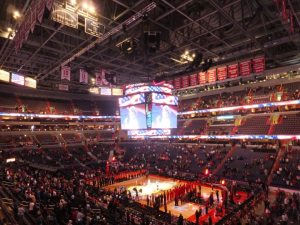 At this point my mate Mark has joined me so at least I wasn’t alone in wondering what the hell was going on!

Friday was my free day and as Mark hadn’t been to the US before and is like a deranged Japanese tourist at the best of times there was alot of forced-marching! The Air and Space museum was even more fun than I remembered it, with a partner in crime I actually managed to appear in a few photos and we also managed to get to the Martin Luther King Jr memorial which was great. 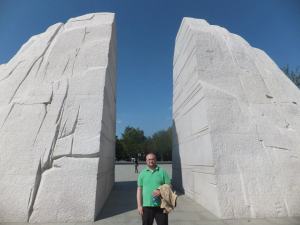 The plan was to take a little break from the walking tour to watch the England game in a bar I’d spotted before heading back out. That wasn’t to be however as we ended up hammering our tab at the bar and outlasting three shift changes 🙂 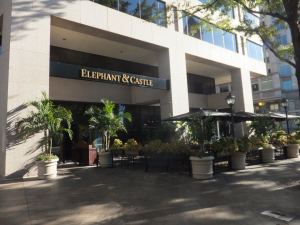 The focus for Saturday was simple – don’t melt down with the anticipation of the fear of the flight and visit the Dulles annex of the Air and Space Museum. The first was only a partial failure – I really did feel nervous all day (and the flight ended up being a doddle) and eventually after some false starts I got an hour or so at the museum.

Which was amazing! Actually being able to see a Space Shuttle up close was fantastic as well as the Blackbird, a Concorde and the Enola Gay and so many other great planes. I haven’t really been into planes since I was a kid but growing up in Filton with a dad working in aerospace something was bound to rub off I guess 🙂 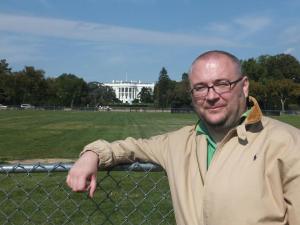